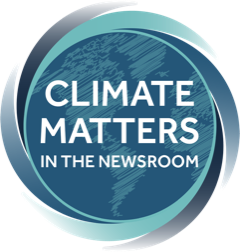 Climate change is the biggest and most under-reported story of our time. It affects our health, safety, and wallets, but most people are unaware of the connections. We’ll discuss climate science, impacts, and solutions; audiences’ interests and concerns; and overcoming challenges facing journalists. Discover strategies for reporting meaningful local climate change stories — and learn about free, localized climate reporting resources.

This workshop will help attendees:

Robert Bullard, described as the father of environmental justice, is Distinguished Professor of Urban Planning and Environmental Policy at Texas Southern University. He co-chairs the HBCU Climate Change Consortium and National Black Environmental Justice Network. Professor Bullard is the author of 18 books on a range of environmental and climate justice topics. He received his Ph.D. from Iowa State University.

Edward Maibach is a Distinguished University Professor and Director of the Center for Climate Change Communication at George Mason University. His research illuminates public understanding of climate change and strategies for improving it. Ed previously served as Associate Director of the National Cancer Institute, Worldwide Director of Social Marketing at Porter Novelli, and Chairman of the Board for Kidsave International.

Frank Mungeam is an experienced leader of transformation in newsrooms. He leads a news funding lab and the Covering Climate collaborative for the Local Media Association. Previously he was the Knight Professor of Practice in News Innovation at the ASU Cronkite School. He has decades of broadcast experience as a producer, executive producer, and digital director, and served as VP digital content for TEGNA.

Bernadette Placky is an Emmy Award winning meteorologist and director of Climate Matters, and has spent more than a decade in television. Bernadette is a proud Penn State University alumni where she serves on the Meteorology Advisory Board. She is an active member of American Meteorological Society, carries both TV certifications, and serves as a trustee at The Watershed Institute.

Susan is a climate change communicator and author who translates science into English. For 30 years she’s helped scientists communicate more effectively and provided clear information to policymakers and journalists. Susan has written and edited high-level reports including the first three U.S. National Climate Assessments. She’s testified before the U.S. Senate and written an HBO documentary and popular articles.