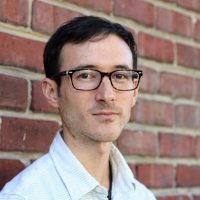 Devin Katayama hosts The Bay podcast from KQED. He previously co-hosted American Suburb, a podcast about the flip side of gentrification. His work has appeared in National Public Radio, but he is most proud of the stories he's produced in local newsrooms including KBOO, Vocalo, WBEZ, WFPL and KQED. Devin earned his MA in Journalism from Columbia College Chicago, where he was the recipient of the 2011 Studs Terkel Community Media Workshop Scholarship. He won WBUR's 2014 Daniel Schorr award and a regional RTNDA Edward R. Murrow Award for his documentary "At Risk" that looked at issues facing some of Louisville's students.