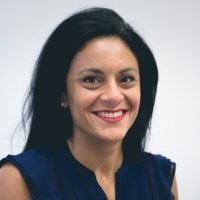 A multimedia journalist by training, Heba spent one decade reporting from conflict zones in the Middle East, Africa and Central Asia before moving into management. Her work for the Canadian Broadcasting Corporation, the Christian Science Monitor, Bloomberg News and The New Humanitarian, among others, took her to places like Syria, Afghanistan, Iraq, Chad and Libya; and she received a grant from the Pulitzer Center on Crisis Reporting for her work in northern Sudan. Heba has worked with The New Humanitarian in different capacities since 2007, including as field correspondent and Middle East Editor, and played a key role in planning and executing IRIN’s spin-off from the United Nations to become an independent media organisation. Her recent TEDx Talk – "Stop Eating Junk News" – drives home the importance of responsible journalism from crisis zones. She is a regular commentator on humanitarian policy in her published work, in governmental briefings and at conferences around the world. She is a member of the World Economic Forum's Global Future Council on the Humanitarian System and, in 2018, was named one of 100 Young Global Leaders under 40. She was also named one of the 100 Most Influential Africans of 2018 by New African magazine. Heba speaks English, French, Arabic and Spanish.