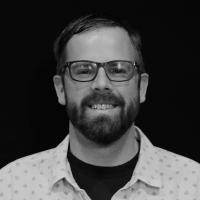 Kevin Douglas Grant is The GroundTruth Project’s Co-founder and Chief Content Officer, as well as Vice President, Strategic Initiatives of Report for America and Report for the World. Previously Senior Editor of Special Reports at GlobalPost, he has led reporting projects around the world and his work has been recognized by the Edward R. Murrow, Alfred I. duPont-Columbia University and Online Journalism Awards among others. Over the last 10 years, he has helped to support more than 300 reporting fellows producing in-depth work on social justice issues in more than 50 countries. Grant is a recent graduate of the Media Transformation Challenge at Poynter, and is presently working on a project about religious leaders worldwide as a journalism fellow at USC Center for Religion and Civic Culture. He holds an M.A. in Digital Journalism from the University of Southern California’s Annenberg School, where he was a Dean’s Scholar and the founding Executive Editor of Annenberg’s pioneering news organization Neon Tommy. Grant is also the former Operations Director of semantic news aggregator Inform.com. Grant is currently based in Washington, D.C., where he serves as a professor and adviser at Georgetown University.