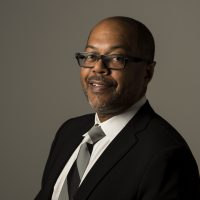 Kevin Merida is a senior vice president at ESPN and editor-in-chief of The Undefeated, a multimedia platform that explores the intersections of race, sports and culture. Merida arrived at ESPN in November 2015 and launched The Undefeated in May 2016. Under his leadership, The Undefeated gradually expanded across The Walt Disney Company with a content portfolio that ranged from award-winning journalism to documentaries and television specials, from albums and music videos to live events, digital talk shows and two bestselling children’s books. During his tenure at ESPN, he also oversaw the Investigative/News Enterprise unit, the television shows “E:60” and “Outside the Lines,” and chaired ESPN’s Editorial Board. Before joining ESPN, Merida spent 22 years at The Washington Post as a congressional correspondent, national political reporter, longform feature writer, magazine columnist, and senior editor in several roles. He led the national staff for four years during the Obama presidency, and was managing editor overseeing news and features coverage for nearly three years. During his tenure as managing editor, he helped lead The Post to four Pulitzer Prizes, and the newspaper embarked on a digital transformation that made it one of the fastest growing news organizations in the country. Prior to The Post, from 1983-’93, Merida worked at The Dallas Morning News as a special projects reporter, local political writer, national correspondent based in Washington, White House correspondent covering the George H.W. Bush presidency, and assistant managing editor in charge of foreign and national news coverage. In 1990, Merida was part of a Dallas Morning News team that was a Pulitzer Prize finalist in explanatory journalism for a special report on the world’s “hidden wars.” Merida began his career at The Milwaukee Journal, where he worked from 1979-’83 as a general assignments reporter. Merida is co-author of “Supreme Discomfort: The Divided Soul of Clarence Thomas” and the bestselling “Obama: The Historic Campaign in Photographs.” He is a contributor to and editor of the anthology, “Being A Black Man: At the Corner of Progress and Peril,” based on an award-winning Washington Post series he led. Merida’s honors include being named “Journalist of the Year” in 2000 by the National Association of Black Journalists, receiving the Missouri Honors Medal for Distinguished Service in Journalism in 2018, and receiving NABJ’s Chuck Stone Lifetime Achievement Award in 2020. Merida is a 1979 graduate of Boston University, and of the Summer Program for Minority Journalists at the University of California/Berkeley. He serves on the Pulitzer Prize Board, the Boston University Board of Trustees, and the boards of WBUR, the Kaiser Family Foundation, the Maynard Institute for Journalism Education, the Philip Merrill College of Journalism at the University of Maryland, the Wallace House at the University of Michigan, and the Gwen Ifill College of Media, Arts, and Humanities at Simmons University. He lives in Silver Spring, Md., with his wife, award-winning writer and former Washington Post columnist Donna Britt. They have three sons: actor Darrell Britt-Gibson and screenwriter Justin Britt-Gibson, who live in L.A., and podcast host and producer Skye Merida.