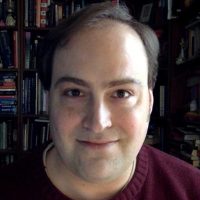 Andy Carvin is an award-winning journalist who has pioneered new forms of online collaboration for more than 20 years. He is Senior Fellow at the Atlantic Council’s Digital Forensic Research Lab (DFRLab), where he leads the lab’s research and reporting efforts. Most recently he served as senior editor-at-large for the social video startup NowThis, developing the company’s breaking news strategy and serving as lead editor for major breaking news stories ranging from international terrorism to the 2017 Atlantic Hurricane season. Prior to joining NowThis, Andy was founder and editor-in-chief of reported.ly, a social news initiative at First Look Media. Using social media and digital forensic tools, reported.ly covered breaking news stories around the world, with a particular emphasis on human rights and social justice. The project received the 2015 Online Journalism Award for its groundbreaking use of social media to cover the Charlie Hebdo terrorist attack in Paris. From 2006 to 2013, Andy was senior strategist at NPR, where he founded the company’s social media desk and developed new reporting techniques to improve the quality and diversity of NPR's journalism. Over the course of 2011 and 2012, he became known as "the man who tweets revolutions" due to his innovative coverage of the Arab Spring using social media. For his work during the Arab Spring, Andy received a 2011 Knight-Batten Award for journalism innovation, and the 2012 Shorty Award for best journalist on Twitter. He was also a semifinalist for the 2011 TIME 100, TIME Magazine’s annual list of the 100 most influential people in the world. In early 2013, Andy released the book Distant Witness: Social Media, The Arab Spring And A Journalism Revolution, published by CUNY Journalism Press. His work has been featured at the Smithsonian Museum of American History, which is displaying the iPhone he used to cover the Arab Spring as part of its permanent exhibit on the history of American innovation. Prior to coming to NPR in 2006, Andy was the director and editor of the Digital Divide Network, an online community of educators, community activists, policymakers and business leaders working to bridge the digital divide. For this work he was named to Technology Review’s annual TR-35 list of the world’s most innovative science and technology leaders ages 35 and under. During natural disasters and other major crises, Andy has used his online community-building skills to mobilize online volunteers. On September 11, 2001, he created SEPT11INFO, a news forum for the public to crowdsource information and help refute rumors in the wake of the 9-11 attacks. He also worked with the online volunteer initiative CrisisCommons, to help with their development of shared technology solutions to improve emergency management and humanitarian activities in response to the 2010 earthquake in Haiti. Andy graduated from Northwestern University with a BS in rhetoric and an MA in telecommunications policy. He lives near Washington DC with his wife, two kids, two dogs, two cats, and a very large lathe, which he uses to make wooden bowls and vases in his spare time.