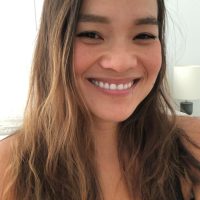 Millie works at the intersection of journalism, strategy, and technology. She was most recently the Chief Product Officer at The Texas Tribune, where she led the audience, engineering, data, design, marketing and communications, and loyalty teams. She was selected as one of 92Y's Women inPower 2018 Fellows, was named to Editor & Publisher’s 25 Under 35, and participated in Poynter's Leadership Academy for Women in Digital Media in 2017. She is currently on the advisory board of the Center of Journalism & Liberty. Previously, Millie was the Deputy Off-Platform Editor at The New York Times, where she helped lead a team and manage how The Times handles coverage and distribution of our journalism across platforms. She originally joined The Times as the Global Growth Editor, a newly-created role focused on growing the international audience. Before The Times, she was Director of Global Adaptation at BuzzFeed, where she led a team of editors and producers around the world to share the best of BuzzFeed across languages, platforms, and formats. She was also a founding member of the team that launched the award-winning BuzzFeed News app and created and edited the daily BuzzFeed News newsletter. Her experience in media spans editorial, product, data, tech, marketing, and strategy at a variety of organizations such as the American Press Institute, the Council on Foreign Relations, and National Journal — but always rooted in journalism with an obsession on connecting audiences with great editorial content and products.