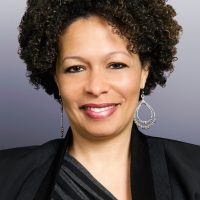 Sara Lomax-Reese is the President and CEO of WURD Radio, LLC, Pennsylvania’s only African-American owned talk radio station. She is credited with transforming WURD Radio from a legacy talk radio station to a multimedia communications company providing cutting edge, original programming on air, online, through video and community events. In 2017, Sara led the expansion of 900AM-WURD to the FM dial, now simulcasting on both 900AM and 96.1FM. In 2018, Sara spearheaded the launch of an environmental justice journalism platform called ecoWURD.com. And in 2019 she launched a new initiative called Lively-HOOD focused on jobs, career readiness and entrepreneurship to address the persistent wealth gap in the Black community. Most recently, she co-founded a new media company called URL Media, a network of Black and Brown owned media organizations that share content, distribution and revenues to increase their long-term sustainability. Prior to her work with WURD Radio and URL, in 1992 Sara co-founded HealthQuest: Total Wellness for Body, Mind & Spirit, a trailblazing African-American consumer health magazine that grew from a quarterly publication to a bi-monthly with a national circulation of over 500,000. A graduate of the University of Pennsylvania and Columbia University Graduate School of Journalism, Sara has written for The Miami Herald, The Philadelphia Inquirer, The Atlanta Journal-Constitution and Essence Magazine. In 2016, Sara contributed to a book of essays, “Our Black Sons Matter,” written by Black mothers of sons. And in 2018 Sara presented before the Knight Commission on Trust, Media and Democracy, writing an article about the topic. Last June, Sara was sought out and featured on multiple BBC news programs, offering commentary about the protests throughout the country and the world. She is a coach in the Major Metro Table Stakes Program and is the Program Lead for the inaugural BIPOC Sustainability Accelerator funded by Facebook designed to empower Black and Brown owned media organizations. An avid yoga and meditation practitioner, in 2012 Sara also co-founded a People of Color meditation group to serve Philadelphia’s BIPOC community.